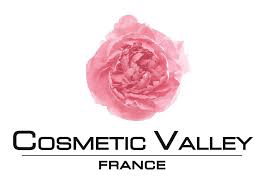 The Government, through the voice of Prime Minister Édouard Philippe, has just announced the labeling (or renewal of the labeling) for the period 2019-2022 of 48 of the 56 competitiveness clusters that had applied to the Directorate General of Enterprises of the Ministry of Economy and Finance.

Created in 1994, labelled in 2005, Cosmetic Valley, alongside the other poles that also animate strategic sectors for French industry and economy (automotive, health, nuclear, digital, aeronautics, etc.) is obviously part of this list. Already entrusted by the State to animate, at the national level, the perfumery-cosmetic sector, a key contributor to our country's trade balance and employing more than 150,000 employees, it would have been anomalous if it had otherwise been the case.
During the course of its investigation, Cosmetic Valley was able to assert its added value, its comparative advantage and particularly positive assets. The cluster has been able to create a veritable "industrial fabric" between large groups and SMEs, private actors and public actors, building an ecosystem whose size and actions are constantly increasing. Its budget is financed mainly by private funds, which is the thrifty of public funds. Its governance has freed itself from the dependency relationships between contractors/contractors/suppliers which, in other sectors, characterize similar structures.
In this fair and balanced organisation, it probably lies one of the main reasons for its success, since it is, among the competitiveness clusters, the one with the most members (nearly 600 companies, 80% of which are SMEs) examining at each of its quarterly boards about twenty candidates eager to join it.

A strong defender of Made in France and its values (environmental protection, consumer safety, Authenticity of raw materials, performance and innovation), Cosmetic Valley provides its members with an exceptional set of tools: scientific or legal training and congresses, networking, synergies and networking, assembly and assistance in financing collaborative research projects (there are currently 400 for an outstanding 450 million euros) developed between cosmetics industry manufacturers, academic research (9 universities are partners of the cluster:Orléans, Rouen, Tours/François Rabelais, Versailles / Saint Quentin-en-Yvelines, Le Havre, Cergy-Pontoise, Paris 13, Paris Sud, Sorbonne University) and renowned scientific institutions (CNRS, LNE, Synchrotron Soleil), support startups through the Cosmet'upplatform, and a specialized incubator in Chartres , opening of additional local offices (Marseille) and partnerships with new regions or new complementary hubs of its activities (AURA), access to international markets and major trade shows (Hong Kong, Dubai, Shanghai, Las Vegas..).
This dynamic and concrete policy has recently seen four achievements that are all investments for the future: an international exhibition - Cosmetic 360 - created in Paris under the sign of innovation and which asserts itself as a success of publishing in publishing; under the Cosmetic Clusters International Network (CCIN), the consolidation of some 20 global cosmetics hubs enabling Cosmetic Valley to engage in an offensive international strategy; co-financed by the European Union's COSME programme and mobilising four countries (France, Spain, Portugal, Romania), a European cosmetics4Wellbeing cluster, whose pole, demonstrating its continental dimension, has taken the lead; launch of an international Cosmetics House in Chartres, the new headquarters of the cluster, the realization of which was entrusted by the City and its metropolis to the architectural agency Search.

Marc-Antoine Jamet, President of Cosmetic Valley said, "I am delighted to have our competitiveness clusterlabelled in the year of the 25th anniversary of its creation and I sincerely thank the public authorities, among them the Minister of the Economy, Bruno Lemaire, whose support is always acquired and with whom we work with happiness. The driving force behind a leading French sector on theinternationalmarket,Cosmetic Valley will continue to defend the excellence of "Made in France" in a sectorof the future where our country must fight to maintain and develop its positions inan increasingly competitive environment. That is why there are three things to worry about: first, the rumours that the state may not honour the financial promises of the Single Investment Fund (FUI); secondly, the fact that this labeling does not put an end to the scattering, harmful in France, incomprehensible abroad, of certain sectors between several poles and, for example for ours, the integration of the essential ingredients for our products in a whole only regional where food aromas and perfumes of hygiene or maintenance products dominate; Finally, nothing is said about the organisation, as some of our foreign neighbours are doing, of missions, at a lower cost and perhaps with different efficiency, for the time being provided by public operators such as Business France. Beyond the answers it will provide to these legitimate questions, the State must know that it can count on our work, our cooperation and our recognition. »