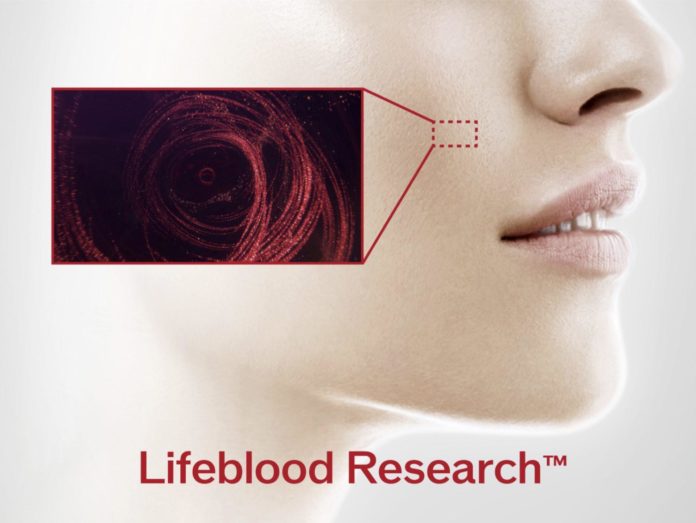 Blood circulation gives life to the skin. Each vessel acts as a vector of oxygen, nutrients and immune cells. They are the ones who also regulate the pressure and temperature of the skin.

As we know, when the circulation is optimal, the skin is strong, resistant, in full health. It is also clear that stimulating it, in particular by massage, improves the radiance of the skin and its texture. Besides, women are not mistaken. A study conducted in four countries, involving almost 3,000 women, showed that more than 70% of them considered that improving skin blood circulation affects the beauty of bare skin. Shiseido validated these intuitions scientifically before seeking to understand how to keep this circulation afloat permanently for continuous skin benefits. Initial observations showed that good blood circulation significantly increased the quality of the skin and its barrier function. Better yet, that an obvious link was forged between the vascular system and the aging of the skin. These promising discoveries have prompted the Japanese laboratory to dedicate for more than twenty years a large part of its resources and energy to learn more.

Here are his initial conclusions.

In 2000, Lifeblood Research began hand in hand with the Cutaneous Biology Research Center (CBRC), a collaboration with Harvard Medical School at Massachusetts Hospital. With a particular interest in capillaries, these micro-vessels that are strategically housed in the upper dermis, on the border with the epidermis that they irrigate continuously.

The house is first interested in abnormal vessels and their consequence on the quality of the skin. As early as 2002, Shiseido revealed the impact of UV on blood vessels. In excess, UV increases the production of VEGF(Vascular Endothelial Growth Factor),a "signal" molecule that leads to the formation of new abnormal capillary vessels associated with an accumulation of inflammatory cells. The latter lead to the release of enzymes that degrade supporting fibers, such as elastase. Consequence: signs of age whose wrinkles appear prematurely.

In 2009, Lifeblood Research continues with a new partnership with Seoul Medical University that complements knowledge in this area. This collaboration aims to decipher the impact of passing time on the decline of blood vessels. We then learn that, from the quarantine, the vessels have more alterations, related to a decrease in tie-2 receptors expressed on the surface of the vascular walls and involved in their good cohesion. This phenomenon leads to an excessive leakage of these vessels, depriving the skin of essential nutrients.

In collaboration with the University of Ajou (South Korea), Shiseido is pushing the boundaries of Lifeblood Research in 2017 with new tools. Oct technology(Optical Coherence Tomography)makes it possible to observe for the first time in vivo the entire vascular network of the dermis. This novel approach highlights the link between UV, alteration of the capillary network and the appearance of pigment disorders. The hyper production of VEGF-A is implicated because it induces malformations in the network that increase the release of a factor activating the production of melanin.

In 2018, thanks to a new method that makes the skin transparent, researchers observe in 3D the vascular network, its structure and organization, manhandled by UV. The pigmented areas have anarchically organized vessels, with numerous ramifications as well as an accumulation of macrophages that suggest the presence of inflammation. In the same year, Shiseido observed in vivo the alterations caused by age on the precious network and noted a decrease in the density and diameter of the vessels, causing the slowing down of the microcirculation.

In 2019, the house is particularly interested in the characteristics of healthy vessels and highlights that the quality and very structure of vessels deteriorate with age: well structured and organized in young skin, thinner, fragile and disorganized in mature skin. In parallel, Shiseido discovers the involvement of the molecule Integrinα5, a protein present in the vascular walls, in the good health of capillaries and its positive impact on the production of fibers supporting the dermis. Around healthy vessels, collagen is denser.

20 years after the start of Lifeblood Research,Shiseido identifies in 2020 the link between blood vessels and skin elasticity thanks to two key factors APJ and VE-Cadherin, both expressed at the capillaries. When the APJ level is optimal, the vessels appear strong and stable. As for VE-Cadherin, its decrease with age leads to thinner capillaries that impact the elasticity of the skin.

From research to concrete solutions for the skin

Over the course of the scientific discoveries that punctuated lifeblood research,the Shiseido laboratory is inspired by it and develops application solutions. As early as 2004, Shiseido identified a chlorella extract capable of limiting the formation of new abnormal vessels involved in the appearance of wrinkles.

Later, an extract of cinnamon bark, increases the amount of TIE-2 receptors in order to strengthen the structure of capillaries and prevent the leakage of essential elements.

In order to inhibit the production of VEGF-A, Shiseido selects a flower extract, Tormentilla,which blocks the formation of abnormal capillaries and the release of a factor activating the production of melanin. The pigmentation of the skin is thus under control.

The company has also highlighted Ceraferment, a yeast extract, capable of increasing the expression of Integrineα5 to promote the good health of capillaries and promote the optimal production of associated collagen. More recently, two plant treasures, Houttuynia and a Neem leaf extract have been acclaimed for their ability to increase the expression of APJ sensors and VE-Cadherin that strengthen the structure and stability of capillaries.

By acting for the health, strength and integrity of skin blood vessels, Shiseido tends to optimize the quality and beauty of the skin as a whole, from hydration to barrier function, from wrinkles to spots, from texture to radiance.

A universal approach. For everyone.

Previous articleCroda becomes the third major chemical company to have its 1.5°C scientific target (SBT) verified
Next articleBeiersdorf plans to build a state-of-the-art centre in Leipziz

Between false positives and contradictory studies: the reality on the allergic risk of...

Cosmetic claims: you have to clean up!