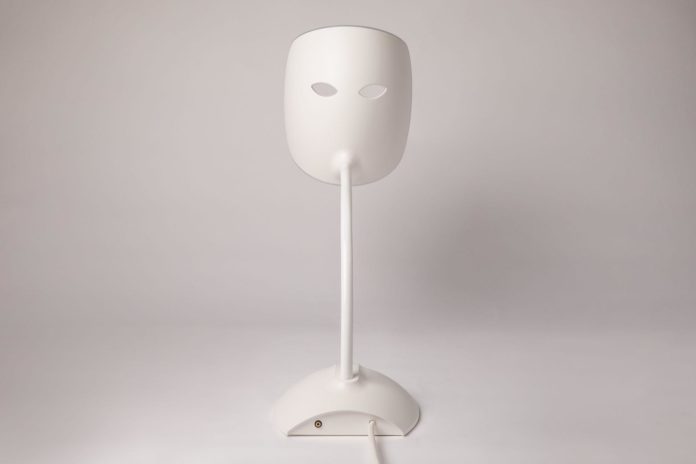 Founded in 2008 by Frédéric Granotier, Lucibel designs and manufactures new generation lighting products and solutions based on Led technology in France. Pioneer in the new applications enabled by led beyond lighting, such as internet access by light (LiFi) or the restitution of the benefits of natural light indoors (Cronos). Lucibel·le Paris, a subsidiary of the group, is the first company to have designed, manufactured in France and marketed, from the end of 2014, a "home device", in the format of a smartphone, allowing to carry out at home sessions to treat wrinkles and stretch marks according to the principle of photobiomodulation. Its new product: OVE, a beauty mask based on the same technology.

The body is composed of living cells that constantly absorb and return light. Skin cells have the ability to absorb light and convert it into energy. This energy supply leads to a succession of chemical reactions that make it possible to reshape body and face.

"Leds emit a "cold" light in all the colors of the rainbow. The skin, like all our organs, captures this luminous energy: it is photobiomodulation. Among these colors, red showed the way. Studied for nearly 30 years, it acts as a "cream of light", a real elixir of youth. It boosts cellular breathing, repairs, regenerates, calms, relaxes, rests... "says Michèle Pelletier, dermatologist.

The brand has teamed up with designer Olivier Lapidus to design a mask with new shapes and functions. "When Frédéric Granotier contacted me, collaboration became obvious. I immersed myself in Led technology, with the idea of embodying it in new product ideas. I am delighted that the OVE mask is born, with the design features that drive me: the contemporary spirit, pure curves, and an inclusive design, for all",said Olivier Lapidus.

"Born from this magnificent cooperation with Olivier Lapidus, a genius designer, the OVE mask is designed and manufactured in Barentin (Seine-Maritime) by Lucibel's teams. Proud of his French origins, he relies on his elegance and unparalleled performance to conquer the world",said Frédéric Granotier, President and Founder of Lucibel on the occasion of the official launch of the OVE mask.

Presented as easy to use (a single button for a scheduled session), OVE uses a cold light, without any risk of burns, to stimulate and regenerate cells. This mask benefits from the latest technical innovations of Lucibel·le. With specific light intensities and adapted to the different areas of the face, it allows to treat the entire face at the rate of a use of 12 minutes per session, twice a week, for an optimum result according to Lucibel.le.

Several clinical studies have been conducted. Depending on the brand, the results obtained make it possible to validate the benefits of the technology.

One of the studies carried out in 2021 showed that the technology implemented by Lucibel·le made it possible to significantly reduce the depth of the wrinkle of the crow's feet and to reduce the relaxation of the oval of the face. The study also concluded that there was an improvement in the homogeneity of the complexion and a significant increase in the density of the dermis. The results would also be increased when using the led Lucibel solutions and the "Synergie Led" cosmetics also offered by the brand.

Beauty through light has been at the heart of Lucibel Group's research and innovation for many years. With the creation of the Lucibel·le brand, the group demonstrates its desire to pursue an ambitious development strategy in the service of beauty and well-being.

External resources
www.lucibel.io
Previous articleFirmenich joins the UEBT and strengthens its commitment to biodiversity and the supply of natural ingredients
Next articleCosmetic Valley: from resilience to recovery

BioPure's new braided tube assemblies offer a comprehensive solution for the transfer of...