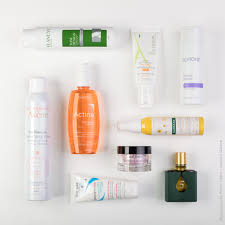 The Pierre Fabre Group has just signed an agreement to sell its Argentine site specializing in the production of pharmaceutical assets with the Argentine laboratory Sidus. Located in Virrey del Pino (Buenos Aires province), this site specializes in the production of an active animal ingredient used in the composition of anti-arthrosic specialties. All 75 employees will join Sidus's workforce when the site is effectively taken over, which is expected to take place by the end of the summer.

The sale follows that of a drug packaging site owned by Pierre Fabre in Vietnam for which a takeover agreement has just been reached with the Vietnamese group Asan Chemical Corporation (ACC) which specialises in the manufacture of cosmetic and pharmaceutical assets. Located in the province of Ho Chi Minh, this site employs 20 employees, some of whom will join the taker's workforce.

"We are pleased to have found high-value buyers for our production sites in Argentina and Vietnam. These two countries remain important markets for Pierre Fabre, especially Argentina where we are leaders in the dermo-cosmetic market," said Eric Ducournau, Managing Director of the Pierre Fabre Group. "The growth strategy we have been pursuing for the past 2 years requires significant investments in the acquisition and marketing of new oncology and dermatology products. We would not have had the means to support the development of these sites as well as the local actors who are about to take them back will. »

These divestitures confirm Pierre Fabre's strategy of favouring the establishment of its industrial activities in France where the group owns 7 factories, 5 of which are located in the South-West (Castres-Soual, Avène, Gaillac, Aignan, Cahors) and 2 in the Loiret department (Gien, Chateaurenard). About 95% of the group's production is thus carried out in France in territories that are often landlocked and weakly industrialised.

Pierre Fabre also has industrial sites in Brazil (production of dermo-cosmetic care destined for the Brazilian market), Tunisia (packaging medicines destined for African markets) and Switzerland (pharmaceutical asset manufacturing). These sites are linked to brands or partnerships that are intended to continue in the company's portfolio.

First assessment of the e-Cosmetic 360 show

Reduce sebum on the scalp