Cosmetic claims: you have to clean up! 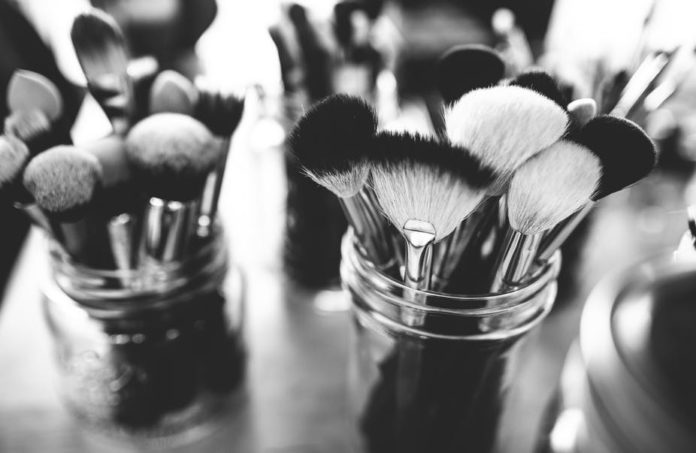 The times are changing. There was a time when consumers took cosmetics manufacturers' word for the qualities of their products. In 2019, the situation has deteriorated considerably and mistrust is there. On the boxes and bottles, the lists of ingredients are studied, deciphered, scanned. Public opinion is tossed about between contradictory information to the point of creating a veritable cacophony. In order to be able to come to an agreement again, the European Commission initiated, 6 years ago, a Regulation aimed at regulating cosmetic claims and in particular those deemed denigrating (the famous “free” statements). This regulation, which has remained a dead letter, is trying to be reborn from its ashes with entry into force last July via a recommendation from the ARPP (Professional Advertising Regulatory Authority) and a campaign orchestrated by Febea (Federation of Beauty Companies )

Fans of old cosmetic stories are well aware that for a long time communication about this type of product has been positive. Simon cream , developed in 1860 by a young pharmacist full of talent, allowed us, we were told at the time, to keep "the complexion the radiance of youth" and, on top of that, to combat "redness, tan. and insect bites ”.

Tokalon cream , for its part, claimed the use of "Biocel", "a wonderful food for the skin". The consumer, seduced by the thorium and radium, newly discovered, but fearful when it comes to using a foundation (“make-up is harmful to epidermal health”), resolutely turned to the Tho-Radia range. which then seemed to have all the qualities. The allegations were sometimes very optimistic ( Diadermine cream cleanses the skin morning and evening and protects the epidermis from sunburn), but, after all, the legal framework was not yet in place. Boric acid , mixed with talc, was sprinkled on the buttocks of babies and the cheeks of their fathers ... until the link between cosmetics and poisoning (or even infant death) was established - we are then in the years. 1950! Even if scientific work is already pointing the finger at a few “undesirable” ingredients, the consumer of the time lets himself be lulled by the beautiful promises. While we do not yet have lists of prohibited substances and substances authorized under conditions (we are before the fateful date of 1972), fear is a feeling unknown to the consumer who has complete confidence in the nascent cosmetics industry. .

From the 2000s, the worm is in the fruit ... The published work of Philippa Darbre establishing a link (hasty and poorly documented) between deodorant and breast cancer gave the idea to certain cosmetic companies to communicate differently. Rather than telling a beautiful story revolving around an ingredient that we are trying to promote, we will now stigmatize a certain number of raw materials and in particular parabens . The first “paraben-free” products are entering the shelves; over the years they will be joined by cosmetics without “silicone, PEG, paraffin, sulphates…”.

The organic industry is quickly moving into a communication strategy based on fear. It does not matter if the incriminated ingredients do not present, in reality, any danger, the main thing is to channel part of the public opinion towards a segment of the industry which wants to gain market share as quickly as possible. The anxiety is such, in some cases, that some women stop washing their hair and offer homemade recipes on their blog as the fear of shampoo washing bases is so important. Faced with this unreasonable fear of a certain number of ingredients, it is time to speak of cosmetophobia and to warn against a mode of communication which will lead consumers and manufacturers, in the more or less long term, into the wall!

Commission Regulation (EU) No 655/2013 of 10 July 2013 establishing the common criteria to which claims relating to cosmetic products must meet in order to be able to be used is then put in place in order to stem a communication that goes wrong. 'water. The concepts of "compliance with the law", "truthfulness", "evidence", "fairness" and "informed choice" are thus detailed .

We then start to breathe, telling ourselves that “without, without” cosmetics are a thing of the past. It is, in fact, clearly stated in the Regulation that "claims relating to cosmetic products must be objective and cannot denigrate either competition or ingredients used in a legal manner". However, in practice, it appears that this Regulation goes completely unnoticed… to the point that the ARPP is obliged to write an explanatory text making it possible to better understand the European text in force.

The Recommendation V8 cosmetic products (in force since 1 July 2019) thus explains the need to abandon the word "no no," "to contribute to a positive image of cosmetics," using a "publicity to be mainly devoted to positive arguments ”The ban on the mention“ without ”is relayed by Febea, which organized a public information radio campaign aimed at making this ban known. Not everyone agrees and let it be known on social networks; this is the case, for example, of the Cosmébio association .

Of the need to clean up

When we notice that cosmetic products display medical claims, for example cosmetics claiming to promote sleep , breathing , or even treat stomach aches and bloating , we say to ourselves that we are far from cosmetic communication. zero defects and one wonders about the respect of the European Regulation in terms of communication. There is a real effort to be made!

This article is republished from The Conversation under a Creative Commons license. Read the original article .

Menopause: taking into account the hormonal evolution of women for cosmetics