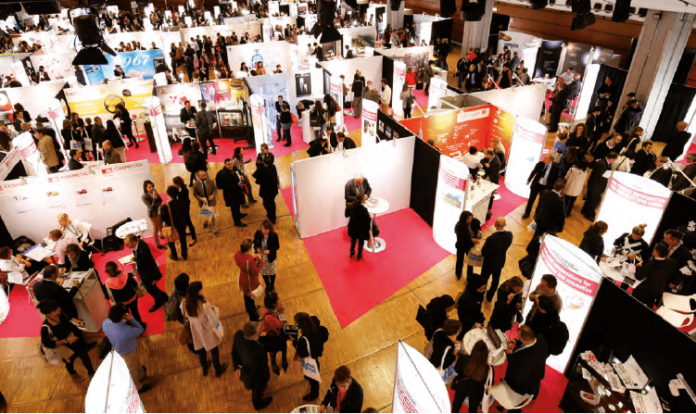 Marc-Antoine Jamet, president of Cosmetic Valley and Jean Luc Ansel, CEO and founder, presented the major strategic advances of the cluster in France and internationally and confirmed the expansion of the Cosmetic 360 event which will take place in Carrousel du Louvre on October 13 and 14, 2016.

Considered as one of the most dynamic competitiveness clusters by the Ministry of the Economy, with a rate of job creation of 1,000 to 2,000 each year, the Cosmetic Valley is growing steadily on several levels. The number of its members increased tenfold between 2004 and 2016, going from 40 to 450 members in ten years. "This dynamic of membership, which corresponds to an industrial truth, does not stop since 70 companies have joined us over the past 6 months" , adds Marc-Antoine Jamet. Some of these companies come from remote regions, including the PACA region, convinced of the services provided to them. Marc-Antoine Jamet also underlines as a notable factor, the arrival or return of big names in the industry such as Procter & Gamble, l'Oréal on the board of directors or Sephora, meaning here the broadening of the portrait of the grouping of SMEs. industrial profile.
The third sign of dynamism is the growth at the international level with an ever-increasing number of foreign members. To continue to converge in this direction, the pole has set itself the objective of creating a confederation of clusters with a certain number of countries, Malaysia has just been signed and Taiwan is in the planning stage for May. Also expanding at the territorial level, the Cosmetic Valley, originally supported by the Center, Normandy and Île-de-France regions, opens up to other possibilities, and notes the first agreements in progress with Aquitaine and Limousin. On this occasion, Marc-Antoine Jamet underlines the discontinuation of the label of the PASS Pole (Perfumes, Aromas, Scents and Flavors) of the Drôme / PACA region which should be backed by the Cosmetic Valley from July 1, “we are to make a marriage of convenience, ”he comments.
Finally, supported in its approach by the Minister of the Economy, the cluster is activating its rapprochement with French Tech in all areas of cosmetics. A Congress dedicated to connected beauty will also be offered on July 5 in Chartres. A new event that is on the agenda of six Congresses organized over the next 12 months as well as participation in 5 international trade fairs. More than 100 companies will be present under the Cosmetic Valley banner at the next In Cosmetics show in Paris, "it's a record, we have never had such an important place" affirms Marc-Antoine Jamet.

Cosmetic 360, the meeting place for innovation is gaining momentum

Highlight of this 2016 agenda, the new edition of Cosmetic 360 will take place at the Carrousel du Louvre, again acclaimed, on an area which should extend to 5,000 m2 against 3,000 in 2015. Positioned as an international showcase for innovation for the entire perfume-cosmetics sector, the meeting's ambition is to _ “make France the place where the industrial sector meets to move forward” _ emphasizes Marc-Antoine Jamet.
Innovation in all its forms, around 3 pillars of requirements, quality, safety, environment, resity at the heart of the subject and will be illustrated this year through 250 exhibitors, i.e. a hundred more than last year, professionals raw materials, formulation, packaging, testing, finished products and distribution. 4,000 visitors are expected and a stronger presence of the distribution sector better represented. At the heart of innovation, technology linked to connected beauty will be showcased in a dedicated space. More welcome also for project leaders with the "start-up zone", as well as the new "discovery and coworking zone" for those of them who are participating for the first time in a trade fair.
Finally, open innovation, a moment of collaboration between private laboratories and R&D teams from the big names in the sector, promises new opportunities and will notably welcome this year LVMH Research and Chanel R&D.

Previous articlePAT presents its first assets on In-Cosmetics
Next articleLabels: bringing down non-compliance