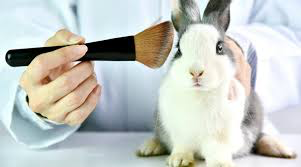 The Chinese authorities have agreed that "ordinary" cosmetic products should be exported to China without being tested on animals by the Chinese authorities prior to their introduction to the market. This is provided that manufacturers submit a certificate of compliance with Good Manufacturing Practices, issued by the competent authorities of their country of origin, as well as an assessment of the safety of the product.

Thanks to the mobilization of cosmetic companies and French health authorities, France is the first country among the States of the European Union to be able to issue this certificate. This decisive step rewards many years of industry efforts with the Chinese authorities to encourage them to abandon the tests, banned in France, as in the rest of the European Union, since 2009.
Tests of cosmetics on animals have already been banned throughout the European Union since 2009. But some countries, including China, were still testing imported finished products before allowing them to be marketed on their territory. These tests were conducted by local health control authorities and not by brands.
The cosmetics sector has therefore committed itself to these countries in order to have alternative methods of animal testing recognised, and to move regulations towards a complete and definitive elimination of these tests.
These efforts had already begun to bear fruit. Thus, since June 2014, some products manufactured and marketed in China (shampoos, shower gels, make-up) were no longer tested on animals. Only "special" cosmetics, such as hair dyes and sunscreens, and all imported products remained affected.

Today, a new step has been taken, as "ordinary" cosmetic products exported to China will now also be exempt from animal testing, provided they present a certificate of compliance with Good Manufacturing Practices and a safety assessment. In France, the ANSM (National Agency for Drug Safety) will issue this certificate to manufacturers. Since 12 January 2021, ANSM has put online, on a dedicated platform, the necessary documents to obtain this certificate, thus making it easier for all French cosmetics manufacturers to export to China.

Arcade Beauty launches a full-service, organic mask that is easy to recycle