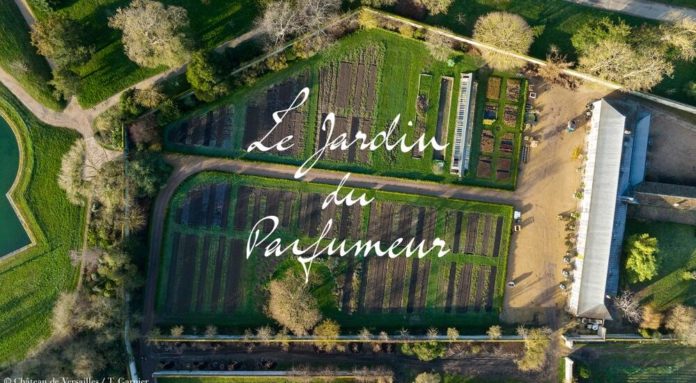 Maison Francis Kurkdjian becomes a patron of the Palace of Versailles to support the creation of the Jardin du Parfumeur. Located at the orangery of Châteauneuf, in the heart of the Trianon estate, this garden will bring together hundreds of floral species and will open its doors in spring 2023.

Fruit of an exceptional synergy between the gardeners of Trianon and Francis Kurkdjian, the Jardin du Parfumeur will present hundreds of fragrant essences in the spirit of the gardens of Trianon of the seventeenth century.

Historical plants (roses, jasmine...), some with original smells (chocolate, apple...), others carrying bad smells and so-called "dumb" flowers such as hyacinths, peonies and violets will make up this exceptional garden.

Visitors will also be able to soak up the history of perfume at the court of Versailles. From the seventeenth century, when Louis XIV built the Trianon de Porcelaine, which later became the Grand Trianon, flowers became fashionable and the gardens of Trianon were abundantly filled with flowers with pronounced perfumes. At the same time, perfumes were the subject of a real craze at the court of Versailles, which became, from the end of the seventeenth century, the cradle of the perfumer's profession.

Francis Kurkdjian's career has long been intimately linked to the Palace of Versailles. After training at the Versailles School of Perfumery, he reinterpreted, a few years later, Marie-Antoinette's perfume "Sillage de la Reine" from historical documents. In 2006, Marc Chaya – co-founder of Maison Francis Kurkdjian – and Francis Kurkdjian worked together to create the olfactory installation "Soleil de Minuit" for the Versailles Off festival. Finally, during the Grandes Eaux Nocturnes 2007 and 2008, the perfumer carried out an olfactory experiment in the gardens of the Château.

With the Jardin du Parfumeur, visitors will discover Versailles in a different light thanks to a bucolic visit in the heart of a Garden previously closed to the public.

Aptar Beauty + Home in the stars with Mugler

[video] Discover the outlines of the 2018 edition of Cosmetic 360