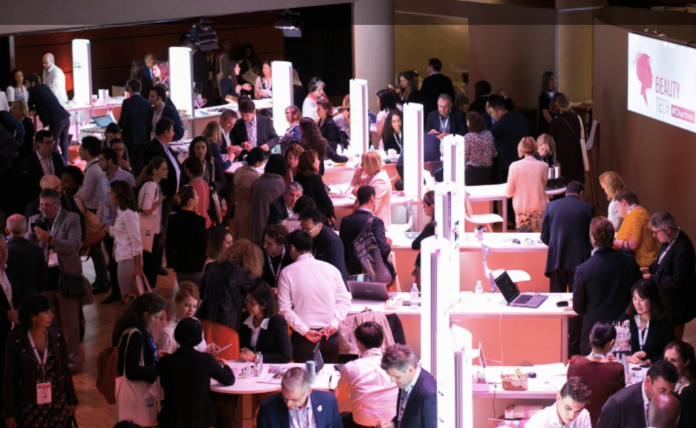 At a time when digital, connected beauty, artificial intelligence and biotech are opening up new horizons for perfumery-cosmetic, the international cosmetics show COSMETIC 360 welcomes in Paris the best of global innovation in all areas of the sector: Raw materials, formulation - Manufacturing, Tests-Analysis, Packaging-Packaging, Support and services for the cosmetic industry.
200 exhibitors including 30% foreigners, 30 start-ups, 5,000 visitors, 50 countries are expected.
Organized by the Competitiveness Hub Cosmetic Valley, this show aims to consolidate the leadership of an industry that is among the flagships of the French economy and operates in an international market estimated at 401,401 billion euros in 2016 (source Euromonitor) with a number of consumers that should increase by 40% to reach the figure of 6.3 billion by 2030.

Among the strengths of this great mass of Beauty:

Cosmetology research:partnership with CNRS with the Tech Corner Green Factory of the Future, or how to produce a continuous cream. (a first!)
TPE-SME: Made in France in the spotlight with 140 French exhibitors and 3 regional pavilions:Centre-Val de Loire, Normandy, New Aquitaine.
Digital: Beauty Tech, its cosmeto-digital start-ups and a fleeting accelerator for early-stage start-ups.
Open Innovation: 210 meetings with 7 leaders present at the show: Johnson-Johnson, Pierre Fabre Laboratories, L'Oréal Research-Innovation, LVMH Research, Puig, Rodan - Fields, Yves Rocher.
Packaging: a Hackathon Maker 100% students around 3D printing with the support of the LVMH Group and its Maison, Dassault Systems and ID3P.
International: Japan, guest of honour at the fair and its Village Innovation Japan 360.
Lectures: crossing academic and industrial eyes with the "Theory into Practise" program and its 10 themes: Russian market, skin health, well-being, eco-design, cosmetopia, formulation, connected beauty, reconstructed skin, regulations, textures and emotions.
Open Distribution: a new service of the show with the help of QVC, the world leader in the distribution of premium brands on television and on the Internet.

Previous articleThe omnichannel, the new model of the selective
Next article[video] Cosmetic 360: the global journey of innovation in perfumery and cosmetics

The start-up Beautigloo raises €2.7 million to become the world leader in beauty...