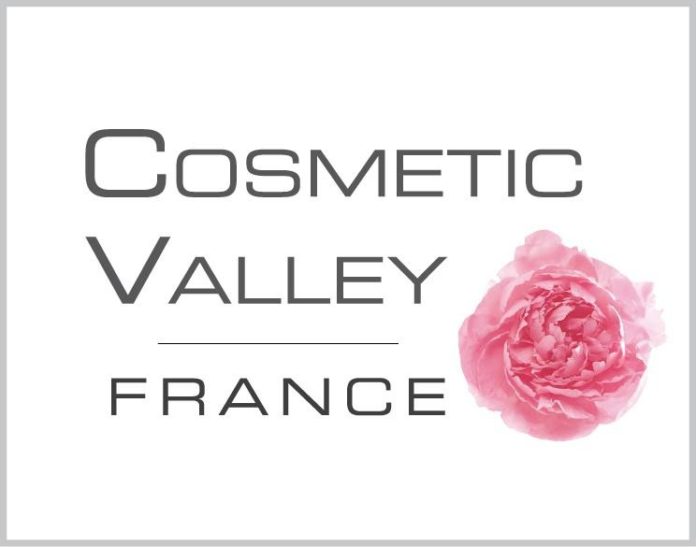 By deciding to make the cosmetics sector a priority of its "Regional Scheme of
economic development, innovation and internationalization 2022-2028" (5RDEII), the
Regional Council of Ile-de-France, was not mistaken. Indeed, it bets as well on
the extraordinary potential for development and attractiveness of the sector, in terms of employment and growth, only on the soft-power represented by an emblematic sector of the French art-de-vivre and European excellence. It is a sign of recognition that was expected by the profession which immediately welcomed him. After the Centre-Val de Loire, Nouvelle-Aquitaine, Normandy, French Guiana, while Hauts-de-France and Martinique could take the same path, this agreement between the competitiveness cluster and Europe's leading economic region paves the way with other regions for other public-private partnerships, all essential to the preservation, by French cosmetics, of its status as a world leader. It reinforces Cosmetic Valley in the mission entrusted to it by the Government to federate and bring together in France all the actors who make up this strategic sector for our foreign trade.

With 3,200 companies, 80% of which are SMEs, 246,000 direct and indirect jobs, 45 billion
of euros in turnover, the cosmetics sector is a key player in the economy
Frenchwoman. It represents a global market of 600 billion euros and benefits from a
annual growth of about 5%, driven mainly by Asia. Highly exporting, at
all the links in a value chain firmly established on the national territory, which
too rarely, it is said to be the cause of our country's second largest trade surplus, just behind aeronautics.

Its unique ecosystem only works well because beyond the dream it embodies, founded
on an unparalleled heritage and know-how, it is driven by a strong dynamism that is based on research, innovation, a system of training and higher education of excellence. However, today it is confronted with the four major changes that are the ecological transition with the challenge of sustainable development. the imperatives of decarbonization, traceability. respect for biodiversity and promotion of the circular economy: the digital transition with the use of big data, artificial intelligence, online shopping, connected objects and tutorials; the geopolitical transition marked not only by ever stronger international competition from increasingly ambitious challengers, but also by powerful upheavals that threaten its supplies and logistics organization: the technological transition that leads companies to approach the4th industrial revolution, relocations, teleworking. It is this composite dynamic that Île-de-France wanted to support.

What could be more natural? All over the world, in Korea, Japan or China in particular, the cosmetics industries that compete for market share are supported, by public authorities, often regional, who recognize the enormous potential of the cosmetics sector and the need, to concretize it, to support it and set up public/private partnerships.

In France, it is in Cosmetic Valley, which became a competitiveness cluster in 2005. recognized by the National Coordinating State of the sector, which has the task of promoting these partnerships between the public and private sectors and within the actors of the cosmetic ecosystem. For 28 years. it successfully achieves this by supporting collaborative innovation between public and private research, open innovation between large groups and VSEs/SMEs/mid-caps, the internationalization of companies in partnership with Business France, and the co-construction of winning strategies with the territories. The cluster's partner regions have so far included the Centre Val de Loire regions. New Aquitaine. Normandy, and French Guiana – not to mention the regions of other Member States of the European Union that the cluster has brought together, as part of the European Commission's "Go4 Cosmetics" project, because each has decided to bet on the potential of the cosmetics industry, both in terms of investment, innovation and research. In the Île-de-France Region. Cosmetic Valley is already carrying out significant actions with the organization, every year, in October, in Paris at the Carrousel du Louvre, of the international cosmetic innovation exhibition "Cosmetic 360" – to which contributes, since 2021. the Île-de-France region through Choose Paris Region – and numerous partnerships in the field of higher education and research. There are countless congresses, symposia, symposia hosted by the seven departments of Paris, the small and the large crown. However, an ambitious, unifying and structuring strategy for
the first French cosmetics region that concentrates 70% of its turnover. 41% of
its salaried jobs, most of its headquarters, an important fabric of production, logistics and R&D sites, as well as very high-level specialized schools.

The inclusion of the cosmetics sector as a priority sector of the SRDEII responds to this challenge and
to a well-understood mutual interest between the region and the cosmetics sector. Roadmap of
Regional action, the SRDEII defines the guidelines for aid to enterprises,
support for internationalisation, and aid for real estate investment and innovation in the
companies, as well as guidelines relating to the attractiveness of the regional territory. It must
mobilize, under the impetus of the Region, all economic and institutional actors, in order to
to ensure their development and anchoring on the Ile-de-France territory, with four major
objectives: to invest in its attractiveness; develop the competitiveness of its economy;
develop the spirit of entrepreneurship and innovation; act collectively at the service of businesses, employment and territories. For the cosmetics sector, the prospects, as well as the stakeholders are numerous and different projects have already been discussed with the Region.

This rapprochement is historic and promising. With the creation in 2021 of the "Cosmetics Sector Committee" initiated by Cosmetic Valley, this is a turning point in the strategy of intensifying the public-private partnerships necessary for the development of the sector.

" A place as a world leader cannot be maintained. It is won and it defends itself. This requires strategy, objectives and allies. The partnership with an institutional player of the size and power of 1 'Ile-de-France, whose skills are complementary to those of the competitiveness cluster, makes it possible to better understand these issues. The strategy is to switch to the hard sciences that our products must integrate. The objectives are those of the manufactured in France, authenticity of ingredients, consumer protection, environmental protection, performance of innovation. Thanks to the region, allies are public laboratories, universities and international relays. The contribution of the Ile-de-France region, Europe's leading economic region, will be truly essential here. It allows the change of scale, international visibility, the conquest of the future. I welcome that. We are all ready for this new alliance to materialize and win French cosmetics ."