Olivier Fahy, Chairman and CEO of the Berkem Group, receives the Montgolfier Prize 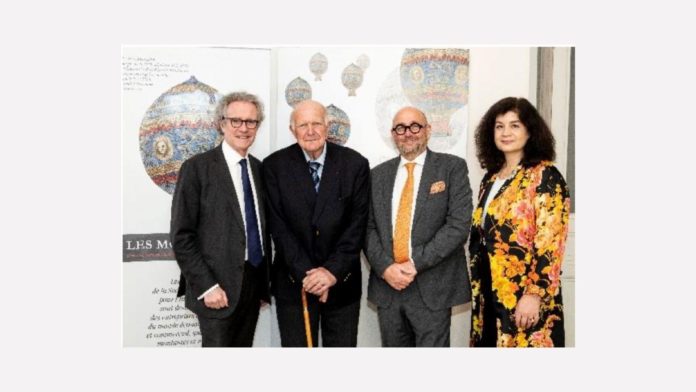 On April 20, 2022, was organized by the Société d'encouragement pour l'industrie nationale (Sein), the Montgolfier Awards ceremony at the Hôtel de l'Industrie in Paris. Olivier Fahy, CEO of the chemical industrial group Berkem, received from Jean-François Fauvaque and Sylvie Latieule, respectively president and member of the "chemical arts" committee, the 2022 Montgolfier Prize in the eponymous category.

The Société d'encouragement pour l'industrie nationale annually pays tribute to growing business leaders by awarding them the Montgolfier medal, a distinction intended to consecrate personalities who deserve recognition commensurate with their audacity and their capacity for innovation. Olivier Fahy succeeds Samuel Stremsdoerfer, founder, CEO of Jet Metal Technologies and Vivien Henryon, founding president of the Lyon company Activation, respectively winners of the 2020 and 2021 winners of the same category.

The "Montgolfier" named after the two Montgolfier brothers, one of whom was one of the founders of the Society in 1801, are intended to draw attention to entrepreneurs and inventors, from the economic, industrial and commercial worlds, who are rising values and deserve, in the interest of the France, to be more widely known.

"It is an honour to receive this distinction in this symbolic place that has been a bearer of history for more than 200 years. The name Montgolfier rhymes with the idea of innovation and perseverance, and this is what we seek to do within the Berkem group: integrate plant chemistry at the heart of our daily lives by supporting the transition of conventional chemistry players," said Olivier Fahy.

External resources
www.industrienationale.fr
Previous articlePerfumery: what future?
Next articleCosmogen partners with Make Up For Ever for its foundation sponge