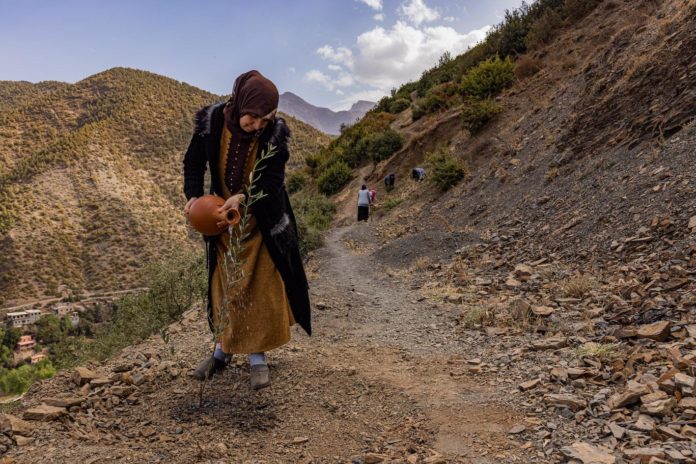 YSL Beauté launches "Rewild Our Earth", a new sustainable development program, in collaboration with the international NGO Re:wild. This resolutely ambitious international program heralds a new era for the luxury cosmetics brand, which has also rethought its global sustainability strategy.

YSL Beauté has announced the launch of Rewild Our Earth, its global action plan in partnership with the international NGO Re:wild, which demonstrates its overall commitment to act to make a positive contribution to the planet and to humans. The Rewild Our Earth program's mission is to protect and restore 100,000 hectares of land by 2030 – nearly ten times the size of Paris – and to preserve the biodiversity of areas threatened by global warming, from which the ingredients of YSL Beauté products come. The project, which is part of the continuity of the action that the brand has been carrying out for years in Morocco, through its collective gardens of Ourika, is at the heart of YSL Beauté's sustainable development strategy, called "Change the Rules, Change the Future". This vision revolves around three major axes: the reduction of environmental impact; the protection and restoration of ecosystems; and the prevention of violence within the couple. To further affirm its desire for transparency, YSL Beauté has also published its first sustainability report, in which it details the sustainable development actions that have been implemented in all parts of its activity.