Verescence receives the EcoVadis platinum medal and improves its overall score, bringing it to 80/100 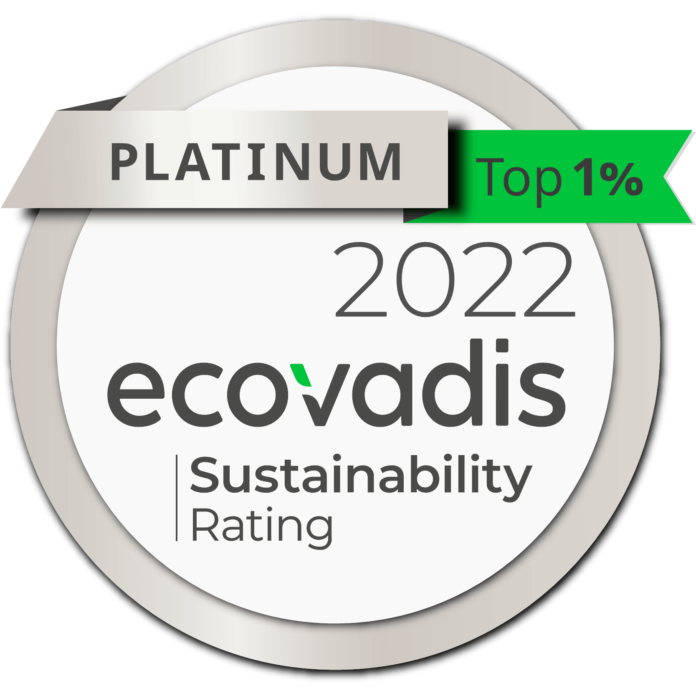 Verescence, the world leader in glass bottles for the perfumery and cosmetics industries, has been awarded the 2022 EcoVadis Platinum Medal for its environmental, social and societal leadership. This is the highest distinction awarded by EcoVadis, the platform for evaluating the social and environmental performance of companies (CSR).

With a score of 80/100, the Verescence group improves its overall score by one point compared to 2020 and is in the closed circle of the 1% of the most successful companies, a position that the glassmaker has occupied since 2018.
Its three French sites (Mers-les-Bains / Abbeville / Écouché-les-Vallées), its two North American sites (Covington / Sparta) and its Spanish site (La Granja de San Ildefonso) also maintain their platinum medals in 2022 with a score of 83/100, while its South Korean subsidiary Verescence Pacific wins the gold medal for its very first evaluation just over a year after joining the group.

The EcoVadis rating is valid for one year, which commits Verescence to continue improving its CSR policy to maintain its platinum status.

A "leader" level in the EcoVadis carbon scorecard

The EcoVadis Carbon Scorecard provides an independent assessment of companies' performance and greenhouse gas emissions management system. Verescence has achieved the highest level of performance: leader.
In early 2022, the Science Based Targets (SBTi) initiative validated Verescence's decarbonization trajectory to reduce its CO2 emissions by 40% by 2034 and recognized it compatible with the scenario of limiting global warming to well below 2°C compared to the pre-industrial era, in line with the recommendations of the Intergovernmental Panel on Climate Change (IPCC) and the Paris Climate Agreement. As the group's objective is to achieve carbon neutrality by 2050, Verescence is committed to redoubling its efforts to converge its climate transition plan towards a 1.5°C trajectory.

Fleur Phelipeau, founder of the nutricosmetics brand D-LAB, opens a green plant in...