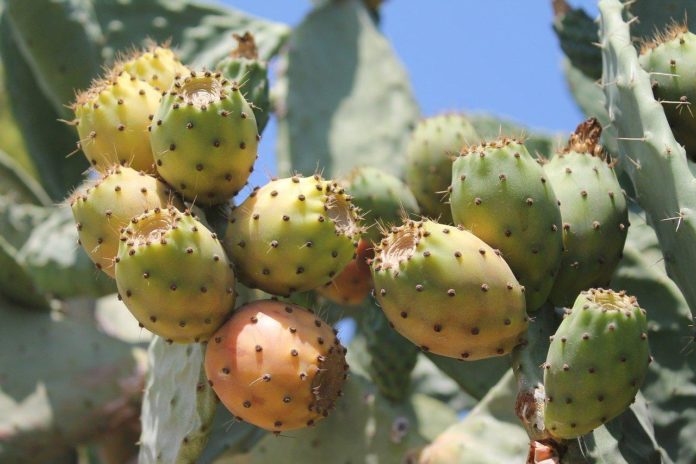 Today, organic prickly pear seed oil has become the spearhead of the new Tunisian cosmetics. In order to position Tunisia as a leading country in this field, Tunisian institutions with the support of the United Nations Industrial Development Organization (UNIDO) have published the technical standard for prickly pear seed oil. Tunisia has thus become the first and only country in the world to standardize the characteristics of this oil. This new standard will further encourage Tunisian exports of the cactus sector, which continue to show a clear upward trend despite the global economic crisis.

Organic prickly pear seed oil has become the indisputable spearhead of the new Tunisian cosmetics. This precious anti-aging product is exported by Tunisia to five continents and is marketed at hundreds of dinars per liter. In order to position Tunisia as a leading country in the production of prickly pear seed oil and in order to guarantee an optimal standardized quality of this highly prized cosmetic product, the National Institute of Standardization and Industrial Property (Innorpi Tunisia) has published the Tunisian standard for prickly pear seed oil under the code NT: 118.152 (2021). Tunisia has thus become the first and only country in the world to standardize the characteristics of this precious oil, which reflects all the importance given to this strategic sector by the country.

The work for the preparation of the standard began 2.5 years ago thanks to a public-private collaboration that saw the participation of several stakeholders such as the Ministry of Agriculture and the National Association of Cactus Development (Anadec Tunisia) which since 2018 brings together companies in the sector and which was behind the request for preparation of the standard. The process of developing the standard was supported by the United Nations Industrial Development Organization (UNIDO) within the framework of the Pampat project funded by the Swiss State Secretariat for Economic Affairs (Seco).

The standard sets the technical specifications as well as the quality and composition criteria of Tunisian prickly pear seed oil. This official reference determines the limit values for each physico-chemical parameter and thus allows Tunisian operators to ensure the required quality and thus guarantee the conformity of the product.

This new standard will certainly contribute to the development of the sector's exports. According to a survey conducted by UNIDO, international sales represent about half of the turnover of Tunisian cactus processing companies and these have recorded a clear upward trend even during the year 2020 marked by the global economic crisis.

Indeed, the sector continues to have the wind in its sails. The number of cactus processing companies increased from five in 2014 to 42 in 2020 across the country.

The great success of the sector's flagship product, prickly pear seed oil, is due to its many dermatological benefits. This beauty elixir is rich in Omega 6 and vitamin E. Moreover, clinical studies carried out in 2020 by UNIDO confirmed that Tunisian prickly pear seed oil certified organic is a true elixir of beauty and has anti-stain, anti-dark circles, anti-wrinkle and firming effects.

The clinical studies took place over a period of 28 days in a renowned international laboratory and involved a population of women aged between 45 and 65 years, who applied the protocol of use to determine the effectiveness of the Tunisian oil. In total, 97% of the volunteers who followed the oil application protocol in the clinical study confirmed their satisfaction with the characteristics and efficacy of the product and expressed their intention to continue its use.

Clinical studies as well as the Tunisian standard for prickly pear seed oil will allow Tunisian operators to better seize the opportunities that arise in foreign countries. All these signals suggest, according to UNIDO, a bright future for the spearhead product of the new Tunisian cosmetics and which confirm that the potential of this nascent sector is far from being exploited yet.

Silab invests in the production of powders